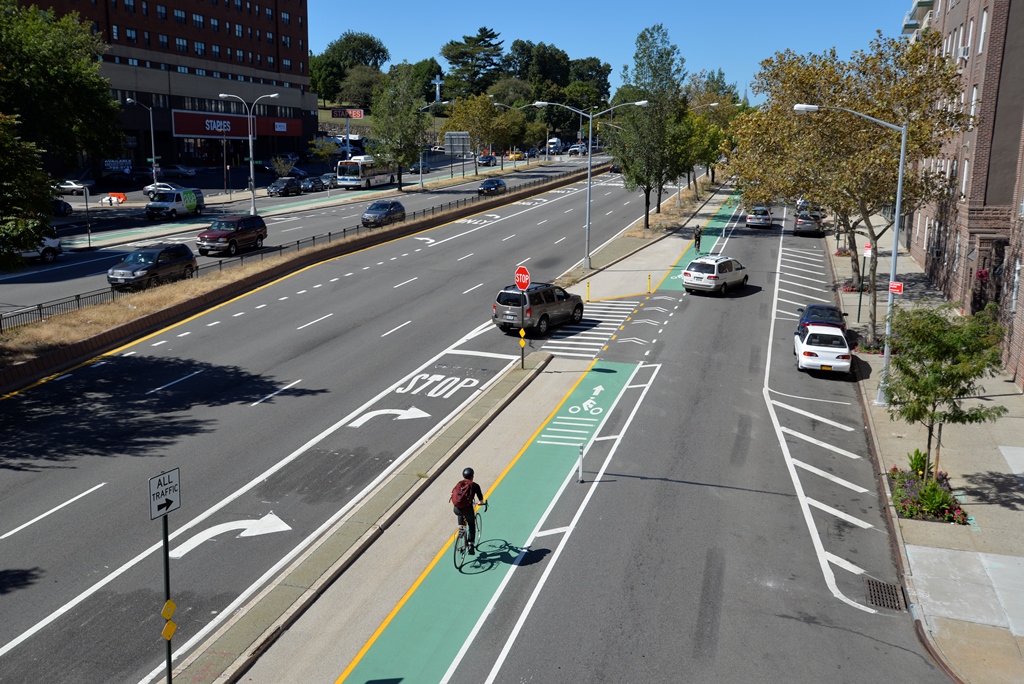 Ever Got This Obscure Parking Ticket?

Have you ever received a ticket for parking in a safety zone? This ticket might have left you baffled, especially if you believe you parked legally. Afterall, you may be asking yourself, what the heck is a safety zone anyway? While drivers encounter them all the time, ironically, its very easy to overlook these markings. Moreover, the repetition of lines on the road may look more like an abstract work of art than any meaningful traffic guidance. Subsequently, it’s easy for drivers to experience confusion about these road markings. It’s even easier to get a pricey ticket for not knowing the rules that regulate them. Let’s take a look at what an NYC safety zone is and learn how to avoid landing a ticket.

What is a Safety Zone?

If you ask drivers to define a safety zone marking on the street, they may have a little difficulty. Still, NYC drivers know it when they see them. Safety zones may be hard to pin down because the city doesn’t do the best job to clearly define them. The city defines a safety zone as a “no standing area”. Here is how the NYC Traffic law book regulates safety zones:

(f) General no standing zones (standing and parking prohibited in specified places). No person shall stand or park a vehicle in any of the following places unless otherwise indicated by posted signs, markings or other traffic control devices, or at the direction of a law enforcement officer: (6) Safety zones. In a safety zone, between a safety zone and the adjacent curb or within thirty feet of points on the curb immediately opposite the ends of a safety zone.

This means drivers can not park or stand in a safety zone at any time. Drivers can however quickly pick up and drop off passengers there.

Sure, the city tells drivers what not to do in safety zones. Still, they do not clearly define what they are. Nevertheless, drivers should definitely take into consideration the NYS legal definition of safety zones as well. Here is how the state defines a safety zone:

S 141. Safety  zone. The area or space officially set apart within a roadway for the exclusive use of pedestrians and which is protected or is marked or indicated by adequate signs as to be plainly visible at all times while set apart as a safety zone.

While this may help clear up confusion around these sometimes mysterious markings, it still may be easy to get a ticket for a safety zone violation. Especially considering the fact that NYC does not mark safety zones with signs unlike other cities and towns in NY. Sometimes a picture is worth a thousand words. As shown in the picture below, safety zones are simply striped, angeled yet parallel white lines, that mark a portion of the street, typically close to the curb of a sidewalk. 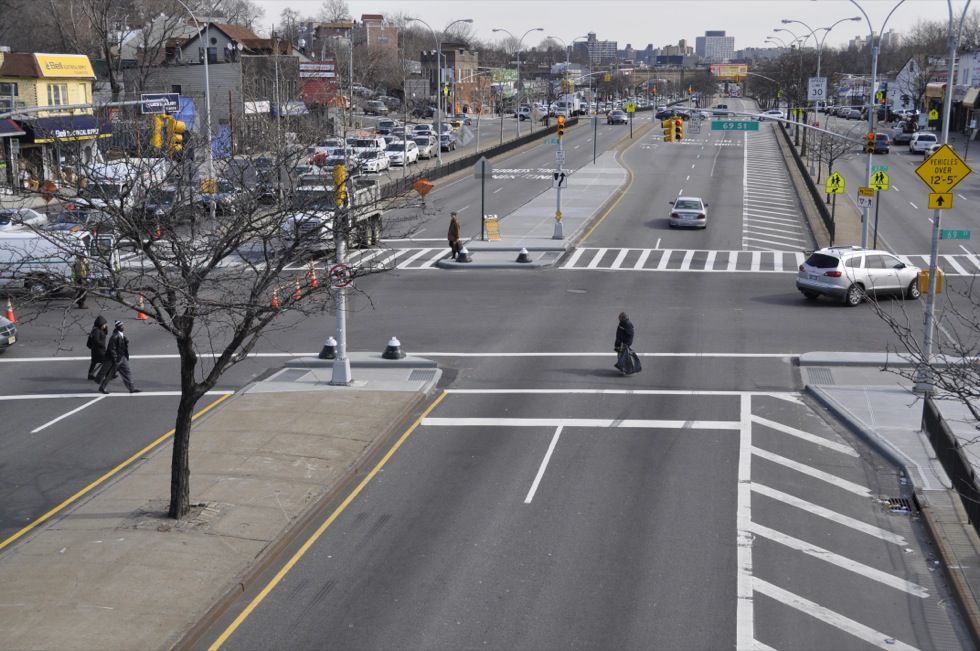 Penalty For Violating A Saftey Zone

While the city may not define what a safety zone is exactly, it clearly defines what drivers can do in them. Here’s how the city regulates them:

Parking tickets for violating this code will cost you a steep $115. You may also even find your car booted and towed if you decide to park in the wrong safety zone. So do your best to avoid parking in them.

Is A Buffer Zone Different From A Safety Zone?

Drivers can easily confuse safety zones with buffer zones. In fact, they both would appear to look exactly the same. However, buffer zones do serve a specific purpose, particularly on streets that have floating parking. Streets that have floating parking are designed that make sure cars are not parked directly against the curb. Instead, drivers can park their cars against stripes which buffer the parked cars from either a bike lane or a moving lane. This buffer zone protects cyclists from getting into accidents with drivers exiting their vehicles. It also protects motorists from stepping out of the car and into the way of an oncoming lane of traffic.

While Safety Zones and buffer zones may differ, both, however, do create a  protected area by preventing cars from entering for long periods of time. In fact, buffer and safety zones actually change the way a street is experienced. The city’s traffic planners believe the redesign provides more “green space” and open space for pedestrians. It also provides a safer experience for cyclists while having minimal effect on motor vehicles and parked cars.

In this way, safety zones are low-cost interventions that can turn a street into a community place. Building safety zones doesn’t involve a lot of taxpayer dollars to add roads. They’re cheap, effective and easy-to-implement, and make a big improvement for pedestrian safety. This is why buffer and safety zones have been crucial elements in the city’s Vision Zero program. With the goal of reducing traffic accidents and protecting pedestrians, Vision Zero also looks to slow traffic and make sidewalks more liveable.

In all, painted safety zones increase safety in three ways: by creating more distance between turning vehicles and pedestrians waiting on the sidewalk, encouraging vehicles to take caution when pulling in and out of parking spots as well as maintaining good visibility between drivers, bikers, and people stepping into the street. As the city redesigns and redefines urban space, don’t be surprised if you see more buffer and safety zones popping up around town