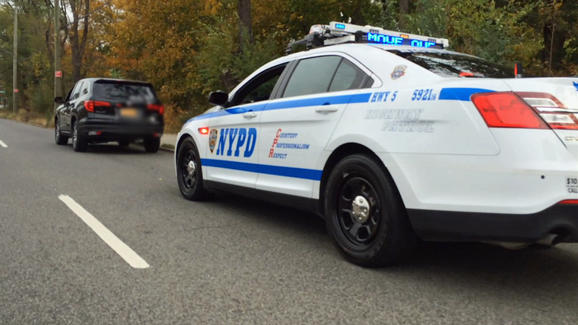 Drivers with multiple violations, watch out! You may face tighter scrutiny from the city very soon. Following a string of deadly traffic accidents, including a heart-breaking incident in Park Slope that killed two young children and injured three adults, the city is starting to take action. After seeing a correlation between fatal traffic accidents and drivers with multiple violations, the city conducted a study to further explore the connections. Subsequently, the City Comptroller recently released findings from a report that examines just how repeat traffic scofflaws can continuously accumulate multiple traffic violations without consequence. The report comes at an important time. Amid all these tragic accidents, there has been an increased public outcry to make streets safer for pedestrians. Moreover, the report argues that more stringent penalties against drivers with multiple violations might not be a bad idea.

A Tale of Two Tickets: The City’s Report

The Commissioner’s report, titled: “A Tale of Two Tickets: How Disparate Standards of Traffic Enforcement Compromise Safety on City Streets” attempts to explore solutions to NYC’s street safety problem. The report does this by specifically looking at enforcement patterns and analyzing their disparate effects. To many, pedestrian advocates and street safety enthusiasts, the findings are shocking, to say the least.

As we mentioned in our article on moving violations, not all tickets drivers receiver are the same. The type of ticket you receive depends on the way the city enforces its traffic rules and regulations. The city enforcers its traffic laws with NYPD officers and traffic agents as well as speed and red light cameras. NYPD officers can pull over drivers and issue traffic summons if they witness an infraction at their discretion. New York City is also authorized by the State to monitor traffic violations using traffic cameras. Currently, the city operates about 300 cameras within 140 school zones to monitor speeding. It also has approximately 196 active cameras at road intersections to monitor red light infractions. These cameras have produced nearly 3.5 million tickets since 2016 and were responsible for the vast majority of traffic enforcement actions within the city.

The two methods of enforcement result in asymmetric penalties of varying and degrees.  For instance, a summons for speeding in a school zone issued by an officer carries a fine between $180 and $600. It also adds points on the motorist’s drivers license as well. In contrast, the same incident if caught only on camera results in a comparatively paltry fine of $50.

As you can see, tickets produced by traffic cameras do not carry the same penalties as those given by police officers. In addition, traffic cameras are only able to identify the vehicle involved in an infraction. Since anyone can be driving a car, cameras cannot verify the identity of the driver. As a result, tickets are not attributed to the driver’s record and cannot result in points added to a license or license suspension even if an a racks up multiple violations.

Enforcement By The Numbers

The report dives into the numbers on how the city specifically enforces its red-light and speeding laws. Drivers on the road receive tickets from officers at a lot less frequency than they do from cameras. The report found that the NYPD issues more than one million summonses every year for traffic moving violations. In 2017, the NYPD issued 70,021 summonses for running red lights and 149,955 summonses for speeding. This is far less than the 500,000 red light violations and 1.3 million speeding violations issued by traffic cameras.

Here comes the eye-opening part of the report. In the last 26 months, there have been more than 121,000 cars in New York City alone that have received at least five NYC tickets for both red light and speeding violations.

In total, these vehicles accumulated 874,629 tickets in the last 26 months. The report also found that 82,307 vehicles out of 121,8521 cars had earned five or more tickets. Shockingly, 17 of these vehicles managed to receive over 50 speeding violations near schools each with some cars accounting for as many as 74 parking tickets! To any city resident, this probably seems like a crazy and concerning statistic. Especially considering the fact that the city specifically designed school zones to be safe places for children to cross.

What should everyone take away from these facts?. If you break it down in short, there are 46 dangerous violations occurring by a vehicle with multiple violations each hour on average. This totals up to a very alarming 1,107 times a potentially fatal accident can occur per day. If we break this down by a New York minute, this is happening at least once every 78 seconds.

On the whole, traffic cameras are useful for significantly improving driver and pedestrian safety wherever they’re located. In fact, most drivers react to cameras by appropriately curbing their speed and abiding by the law. Research by the DOT also shows that in locations equipped with cameras, speeding drops by 63 percent on average. However, as the analysis below demonstrates, a number of motorist scofflaws persist in breaking the law, thereby putting their fellow New Yorkers at risk.

While cameras definitely help, they are not the sole solution to the NYC’s road safety problem. They clearly do not completely curb drivers with multiple violations. Here, the study reveals that repeat offenders are responsible for 23 percent of all camera-issued speeding violations and 25 percent of all red-light camera violations.

According to the study, a significant driving factor in these exorbitant rates in dangerous city driving is due in part because camera-issued tickets don’t necessarily hold the same punitive weight as tickets issued by police officers. A Wall Street Journal study analysis found that traffic violations caught on camera are usually never reported to the Department of Motor Vehicles if the $50 fine is paid.

This differs for drivers with repeat offenses issued by a police officer. These drivers are more likely to have their license suspended than those who receive their infraction from a camera. While cameras are great at generating tickets and income for the city, they are bad at identifying problem drivers. This makes it really difficult to for the city to decide whose license is eligible for suspension and thus makes it harder to get dangerous drivers off of the road.

“This analysis is shocking, outrageous, and almost unbelievable,” New York City Comptroller Scott M. Stringer said in a statement. “If your car has more than 50 violations near a school, or dozens of tickets for running red lights, you shouldn’t be on the road. Yet, our government is letting it happen. There are gaps in our system that must be fixed, because lives are at stake.”

Following the conclusion of the report,  Stringer is pressing officials to consider revamping its enforcement. Stringer believes that creating stiffer penalties that will directly target drivers who rack up multiple violations and traffic offenses. Thus he believes the city should pass a law which would factor camera-issued citations into the DMV’s vehicle registration program. This follows the lead of another law recently proposed by Assembly Member Robert Carroll and Senator Jesse Hamilton that would make it illegal to operate a car with multiple citations in a defined time period.

The commissioner proposes other recommendations as well. These include increasing the number of cameras in school zones and having the DOT leverage traffic violation data to target “hot-spots” that could inform road redesigns. What do you think of these suggestions to change the way the city enforces certain traffic infractions? Join the discussion in the comments below!

You can also check out the full report here.